“Jacking into sight from deep within the aqua-zone, Congolese acid warlord Bintus gets all up in your face with this analog grinder thats sure to set any dance floor burning with 303 dezire.’

It’s 69 time tomorrow night.. sorry tonight.. last Sat in the month.. so here’s a few of the tunes that I’m listening to just now, that I’d like to think will be rocking the club.

Hazyluyah – Too Many Ghosts (Delsin) New Delsin promo on tasty green vinyl. Couple of killer tracks on here that will get an airing. There’s a few forthcoming things actually from the Delsin, MOS, Rush Hour labels that are sounding good, and also in the bag.

DJ F – 5 minutes before (Eleve) Second release on the Eleve label from Madrid. The label is unashamedly releasing ‘dub’ techno ala carte, but this is just techno to me.

Helium Robots – Crepitation – Running Back I think it’s on. Not really heard anything from the Helium Robots since their amazing Dissident EP’s. Next record I get from them has Theo Parrish remixes. I can only presume the guys from Running Back dug those records as much as we did.

Erik Travis – I am the Operator (2×12) Jack bought this on discogs the other day, and stuck it on the deck in work, then went away and left it. It was just sitting there looking as if it wanted to be played this weekend. I was only too happy to oblige. I’ll be dropping the Bank and Fighting tracks. 69 anthems of yore. Saves me looking for mine. Don’t tell Jack ! … in fact he’ll be lucky if he gets it back.

While we’re on the Erik Travis, I’ll also try and get in there ‘Who am I’ (FACT) ET-18. This has been in the bag every gig for the past last 8 or 9 months, and maybe played it once or twice. Tonight is the the night. Another belter from the Electro poet.

Tone Loc – The Fine Line Between Hyper & Stupid. Just found this again. Had the sleeve without the record for probably a few years, and just managed to match them back up now. Been a productive night. I have been missing this record. Proper Old School electro. Stripped down, bass and vocoded vocal…. Ha ha ha ha, Miami.

.. and the big one. Joy Orbison & Boddika’s new 12 on their own Sunklowun label. TP’s just arrived.. and as I don’t really listen to even the records we distribute until I get a vinyl copy, I’ve just checked this, and yes it deserves the hype. Pre sales have been mental and it’s not out til late Feb.. demand will outstrip the supply. It’s just proper Techno, whatever age you are. Good to see these guys laying this shit down. They don’t even have the vinyl tests themselves yet.. but if yer out in Paisley tonight, then we’ll test it there. World Exclusive. If it bombs, then I’ll have to say.. look guys, it dosny work. Ye’ll need to scrap it… and ‘rewind’ back in to the studio, and try again. However, I don’t think it will come to that.

And here’s a few others that were span, and I think made the box.. or bag these days, of the trolley variety. Is there many these days that still utilise the metal record flight cases ? I’m going to dig mine back out, fix the hinges and authenticate my old school ethics. I’m now thinking of Barrie, who rocked up to the club, with his records in a box.. cardboard, and his records all covered in snow. Then there was DJ Rotator, who flew in from Detroit, with his records in his suitcase. Anyway, I digress.. I was going to wax about some other records that I was listening to, that will be getting span at the club this eve.. but I’m not.. guess you’ll just have to be there. In fact I might just rock a blog, that contains the records that have actually rocked the club.. as none of the above might do that ! We’ll know soon enough. Keep it Unreal. MM

Quiet Friday round at RAD.

Just landed at Rubadub, we’ve had a massive delivery of Native Instruments gear. Check the post for all the info. Everything is available instore or from our site and it’s free shipping to anywhere in the UK. Please mail info@rubadub.co.uk or call 0141 221 9650 with any questons or to arrange a demo.

All the favourites are here including… 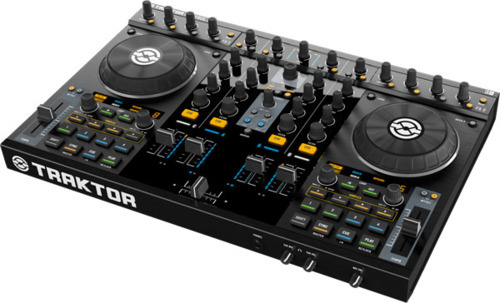 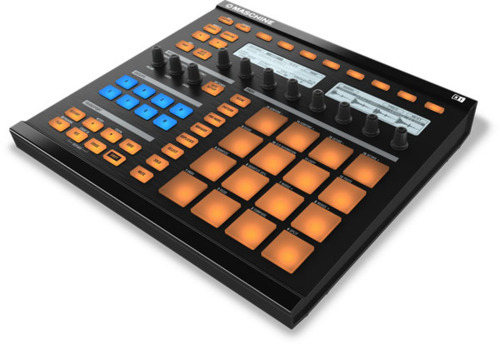 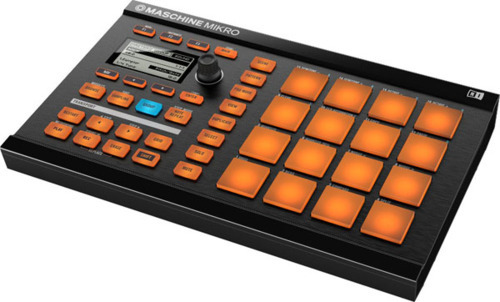 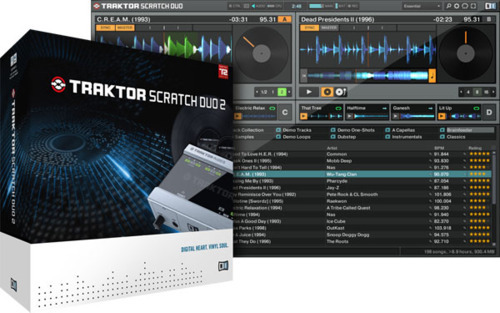 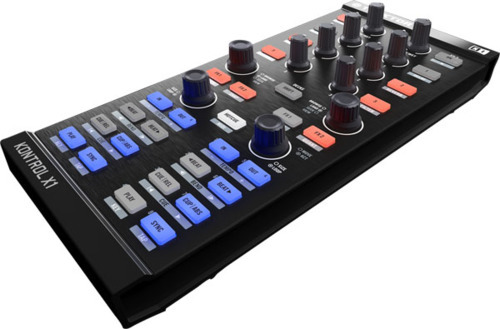 Akai have long been known for being the bods behind the classic hardware sampler, the MPC. Starting off in 1988 with the Roger Linn designed MPC60. Akai pretty much defined the type of kit that Hip-Hop, House and Techno heads would use for the next twenty years.

However, all good things must come to and end and we’ve seen a huge shift towards software based production as opposed to dedicated hardware over the last few years. Regardless of your feelings on this matter it’s pretty much impossible to argue with the cost-effectiveness and convenience of software over hardware for the vast majority of producers but people still want buttons…

This has lead to the huge popularity of controllers with dedicated software environments like the Native Instruments Maschine and Arturia’s Spark. Both of these units give old duffers like me the opportunity to express ourselves with our mitts on what feels like a piece of hardware, while keeping all the flexibility, convenience and cost-effectiveness of the software approach.

Enter the new range of MPCs…

Akai are admittedly a little late to the hardware/software hybrid market but with their pedigree in sampling workstations we are extremely excited to see what they have to offer! They are launching 3 new MPC related products. The MPC Renaissance, the MPC Studio and MPC Fly. We would suggest you check out the preview info on the Akai website here.

Basically, you can expect the usual level of high build-quality, speedy workflow and useful, creative tools that Akai have delivered for years with the MPC range but with the added bonus of dedicated software integration and a whole lot more…

We cannot wait to get our hands on one! Rudadub are proud to announce that Froth / Mercy, the first release in a new series of records from Joy Orbison & Boddika will be out on the 21st Feb. Both tracks can be previewed on the site now.

You can pre-order now from the site and if you have any questions please e-mail richard@rubadub.co.uk

Short article about the shop in Clash Magazine this month: