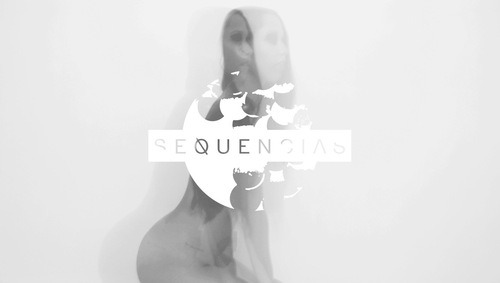 Sequencias is the NYC based label set up by JM De Frias in 2011. The label’s oeuvre is far from easy to generalise, ranging from challenging and cerebral electronics to demented jakbeat workouts, but one thing is certain: Only open minds will reap the full benefit from it’s growing discography, and whether you’re hearing Aroy Dee’s blinding remix of Willie Burns’ “Another Place, Another Time” in the club, or The Healing Force Project’s “Hybrid 1” in the headphones, you can guarantee you’ll be treated to an impeccable palette of sounds thanks to the on-point curation of De Frias and the stunning talents of the artists he chooses to grace his label. He also just happens to be a seriously killer DJ with far-ranging tastes, so we thought we’d rope him into doing a mix for us, and thankfully he obliged. With Ame, Michael Boothman and Agitation Free (to name but a few) featuring, where could you possibly go wrong? Not only that, but we had the chance to catch up De Frias for a chat about Sequencias’ modus operandi, some of it’s highlights so far and hot nuggets scheduled for the future…

I guess it might be as good a place to start as any with a bit about how and why Sequencias came into being?

I started the label because I’m obsessed with music, and i have always been fascinated by collective effort towards a goal, especially in the music world. Sequencias for me is an outlet to be able to embrace this fascination. I started the label officially in 2011, and so far i have been lucky enough to work with a lot of my favourite artists.

One of the things I find appealing about the label is that, seemingly without warning, these killer records seem to just appear on the shelves, and there’s little or no info on the origins or directive. No hype, no nonsense

Well, actually the releases are made public usually a month before they come out. All of the info and art gets posted to the label Facebook page and to the Soundcloud page. By doing this the followers of the label can keep track of the work. Staying away from hype is a conscious move because hype is an illusion, it is not real. When the work is substantially enough there is no need for hype. I try to keep things as organic as possible.

Something I’ve noticed with the label is that you’ve put out a few things by prolific and known producers, but under aliases that rarely get an airing. Traxx’s ViLLan X, Jamal Moss’s Sun God etc. Even Cantu cut his name down for a Sequencias release. Is that purely down to what the artists give you, or are you seeking out something a little more marginal for Sequencias?

I’m seeking out something more marginal. It is a way to bring something fresh somehow, because these artists are releasing more material throughout the year on many different labels. There is also the fact that it is not about their household name, it’s about their music.

One of your most striking recent releases has been from Healing Force Project. Even with only two records under his belt so far, he’s came out with a pretty unique and strong sound, and challenging in the best possible way. Can you shed some light on this mysterious individual and how you came to work with him?

So one night I’m at my friends place (A. Arias), drinking and playing records to each other. At some point late night he pulls out the Healing Force Project 12” on Acido and plays it for me. At that point I had already gotten some promos from Antonio (Healing Force Project), but somehow I had overlooked the folder which obviously was full of crazy material. So basically right after that I went home that night and wrote an email to him, and the rest is history. We have another 12″ planned for 2014.

The artist behind the last release, Metropolis seems to be another shady figure(s), and also one who isn’t confining themselves to any standard model of house or techno. How did your paths cross, and just out of curiosity is he/she/they the same folk responsible for Metropolis 10″ that came out a few years ago?

Metropolis is one of Nick Lapien’s many projects. I’m a big fan of his first release under the Metropolis alias which came out on Other Heights in 2012. At the time there was absolutely no link to trace back to who might have produced this record. Months later Discogs finally linked it up to his name, and that led me to get in touch with him.

From what I gather you’re a pretty keen digger and all round lover of wax. Apparently a lot of folk are coming back to wax as a preferred format. Some folk never walked away from I guess, but is the so-called surge in vinyl sales something you’re witnessing first hand as the proprietor of a record label? I mean, it’s always gonna be different for small labels, but I guess there’s still a lot of dudes sitting on 300 copies of their first five releases….

As for Sequencias, we sell a standard amount based on the market. Music lovers are definitely choosing vinyl as their preferred format, which I think it has a lot to do with being in touch with the final outcome of something that you like. Owning a physical copy of something that you like, and having another file on your computer are definitely not the same thing. That’s a fact.

You seem to play out in NY fairly regularly. People are always telling me how tough a gig it is to play and put on parties in NY, for a number of reasons. What’s your take on it?

So far 90% of the parties I have played have either been a friend’s party or my own. It’s a hard place to get a decent gig. That’s the reason why a lot of people just run their own parties, and yeah it’s a lot more work, but you have the freedom to do things the way you like.

The new Sequencias record is a collab between yourself and D’Marc Cantu. How did you hook up with Cantu and what was the collaborative experience was like?

Well, I’ve been a fan of Cantu’s work since his early releases. So when I started the label I knew I had to release his music. Luckily, he is a very easy going guy, so we hit it off quickly. At some point we decided to jam just for fun so he came over to NY and we went for it.

Are there any ideas or concepts driving the record?

There was sadness in the air because that was the closing weekend of Dope Jams (the influential NY record store that recently closed their doors, but then relocated Upstate), so that influenced in the mood of the session. “The Last Light” came out as a result.

What’s the future plans for Sequencias and yourself?

For Sequencias, plenty of more music as well as some other conceptual projects that are still on the works. I shouldn’t really elaborate, because nothing has been finished yet, but I can tell you that there will be a lot of experimentation in the dance field, as well as film. But again, nothing has been done as of yet. Hopefully by the end of the year we can start making them public. As for me, I’ll keep learning new things, especially learning from my mistakes in order to keep pushing forward. I want to thank everyone who took some time to read this, and especially Rubadub for the interest.