First off, could you tell us a bit about “Second System” and the influences and ideas behind the LP?

The theme from “Second System” comes from a proposal in the 1920’s to build 200 miles of new tunnels and elevated structures in the NYC subway system. The majority of the project ceased to be built but some construction provisions in the already existing system for this “Second System” were built and are still standing. Unknown to most people including subway workers of what these construction oddities are. My fascination on this topic is partly nostalgia of my youthful days of the late 80’s. I spent many days and nights lurking about in train tunnels painting graffiti art on subway trains. I have always loved the exploration of being in the tunnels. A dangerous place which was also one that was forbidden to be in. One of my favorite places to paint graffiti on trains was a section of new train tunnels and stations that would open a few years later. During the years before it opened part of the tunnel was used for train storage. I vividly remember my first excursion through there. It was an amazing adventure to walk & explore through this area of new tunnels and new stations under Central Park and heading off under the East River some ten stories below the ground and yet to be opened to the public. It became a painting playground for my friends and I. Some of the best graffiti artwork of the late 1980’s was produced in this place. Behind one of the new stations we use to walk through was a provision to connect to the “Second System”. I was unaware of this at the time and wondered why this one side of Lexington Ave/63rd st station was left unbuilt but yet had a train track running through it ending at a dead wall. Two decades later I would learn this was a provision for future expansion to the Second Ave Subway , part of what would be the “Second System”

It’s been around three years since the the first ADMX-71 album (“Luminous Vapors”) was released. How do you feel the ADMX-71 project has evolved or changed since then?

I’m not sure if I could really say it has evolved or even changed that much. It just adds on to where I left off with the “Luminous Vapours”. Perhaps this album a few more songs with more melody in it. For me though it is a perfect followup to my last ADMX-71 album. As someone who’s no stranger to the album format, what’s your method of gathering material for an LP? Are the tracks made with an album release in mind, or do you collect tracks you’ve previously made that you think will fit nicely together, and sequence them appropriately?

ADMX-71 is a very conceptualized project so all songs are written in mind to play next to each other. So yes they were written in the winter of this year as a planned album with exception of “Elevated Dreams” which I wanted to use for “Luminous Vapors but did not have space for. I thought this would work well on “Second System” so I also included it on there.

“Second System” is available on Vinyl, whereas “Luminous Vapor” wasn’t. Even though Digital formats are gaining momentum by the minute, vinyl seems to have picked up in the last year. Was this a factor in releasing “Second System” on vinyl, or are you just as dedicated to releasing on Wax as ever?

No not a factor on my decision to press vinyl. In fact for this kind of music I felt it could be very risky because I would think most people want digital formats for home listening. Though these songs can be played at some club event’s. They were not designed for the techno dj in mind. So I’m not sure those who support vinyl for djing purposed with buy this. I did have quite of bit of requests for vinyl on “Luminous Vapors” and thought to try it with this album. It was also very rewarding to receive it on vinyl with the amazing artwork my designer put together for the project. I really enjoyed listening to it on wax. I pressed it at Record Industry in Holland and they did an incredible job with on the sound quality.

There’s a lot of similarities between your Traversable Wormhole material and the ADMX-71 stuff (in my humble opinion at least), even though they are quite different in what they both aim to achieve. How do the two projects overlap for you?

There are for sure some similarities on some songs between both projects but you might as well add some of my Adam X material in the mix too. ADMX-71 for me is the home chill out or beginning of the night warm up to my other projects.

I read in an interview with you from last year that you really wanted to put out some music that isn’t necessarily the type of thing you’re known for making, possibly anonymously. Are you still planning on doing this? Maybe there’s an Adam X Hip Hop record out there and nobody knows it’s you?

I meant that in a more dance music type way. I do like to make other types of techno such of the housier variety or songs with a much more of an old school 90’s classic feel. Though for me I do not want to mix that up with my main artist projects. So maybe another side project for this.

It seems that a lot of people who were making experimental electronic stuff have recently been trying their hands at Techno, with some pretty far-out results. What you make of this kinda thing (if you listen to it, that is), and do you think it’s important for people from other musical backgrounds to put their ideas into the genre?

Yes I do listen to a lot of experimental music. I am always up for artists of different genres cross pollenating their sounds. It makes for a more forward thinking music culture. 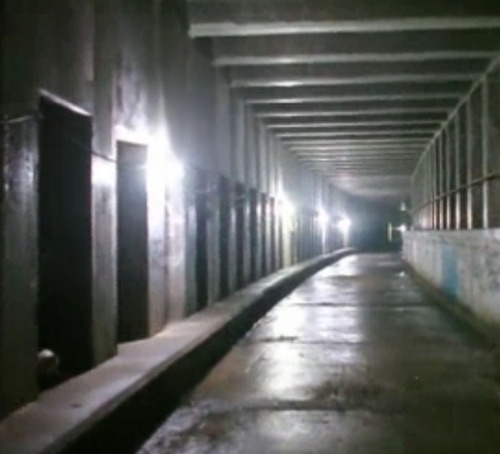 What’s next in line for you?

Their is a new Adam X 12" entitled Navigational Shortcut / Diversion to Bangor out this month. I have two Adam X remixes out coming out one of which is Italian techno legend, Leo Anibaldi. I remixed his classic “Depression” track from 1992. Then I have a featured remix of Violet Poison coming out soon. Next week Perc and I will put our finishing touches on an EP we have been working on for quite sometime now. It’s a beast. On the Traversable Wormhole front, CLR will be releasing shortly,  Vol 6-10 digitally and a mix CD of the same volumes. Their will also be TW remixes from Sonic Groove artists, Orphx, Northern Structures, Dasha Rush and Industrial Rhythmic Noise legend Monolith. I also just completed an ADMX-71 podcast for Electric Deluxe. It is the followup to the mix I made for them two years ago, which is one of the top downloaded podcasts on their site. On the gig front, I am off to St Petersburg this weekend, Brussels the following weekend then the USA for a month for a bunch of gigs. So yes busy, busy, busy over here!

ADMX-71 – Second System is available from our good selves on vinyl and CD. Cop it here

Adam-X – Navigational Scout is also out now. Grab it here.